For years the answer has been an emphatic NO to the above question. Microsoft was kind enough to make life difficult for anyone who wished to maintain a semblance of site compatibility across the various browsers they have released. If you upgraded your browser to the latest and greatest (or not so great, considering the still remaining rendering bugs and security issues), you couldn’t use the last version that the millions of unwashed masses were still using.

The workaround was to partition up your hard drive and install multiple copies of Windows, one for each version of IE you wished to run. Or you could shell out a few hundred dollars for virtualization software like VMWare or VirtualPC and configure those to run multiple installations of Windows, each with its respective version of IE.

Finally this is no longer necessary. Joe Maddalone of Insert Title Web Designs (among others) deduced that some relatively simple changes would allow assorted versions of IE to run alongside each other. Even better, Ryan Parman packaged up all the necessary files and made them availabe for download.

So that folder full of files was tightly integrated into Windows, unable to be removed?

Yeah so I never get around to updating any more. Its cause I’m busy now…

Got to hang out with a few of my cousins that I haven’t seen in a while. Had quite a bit of fun. 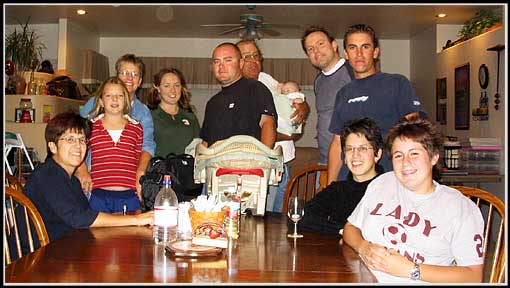