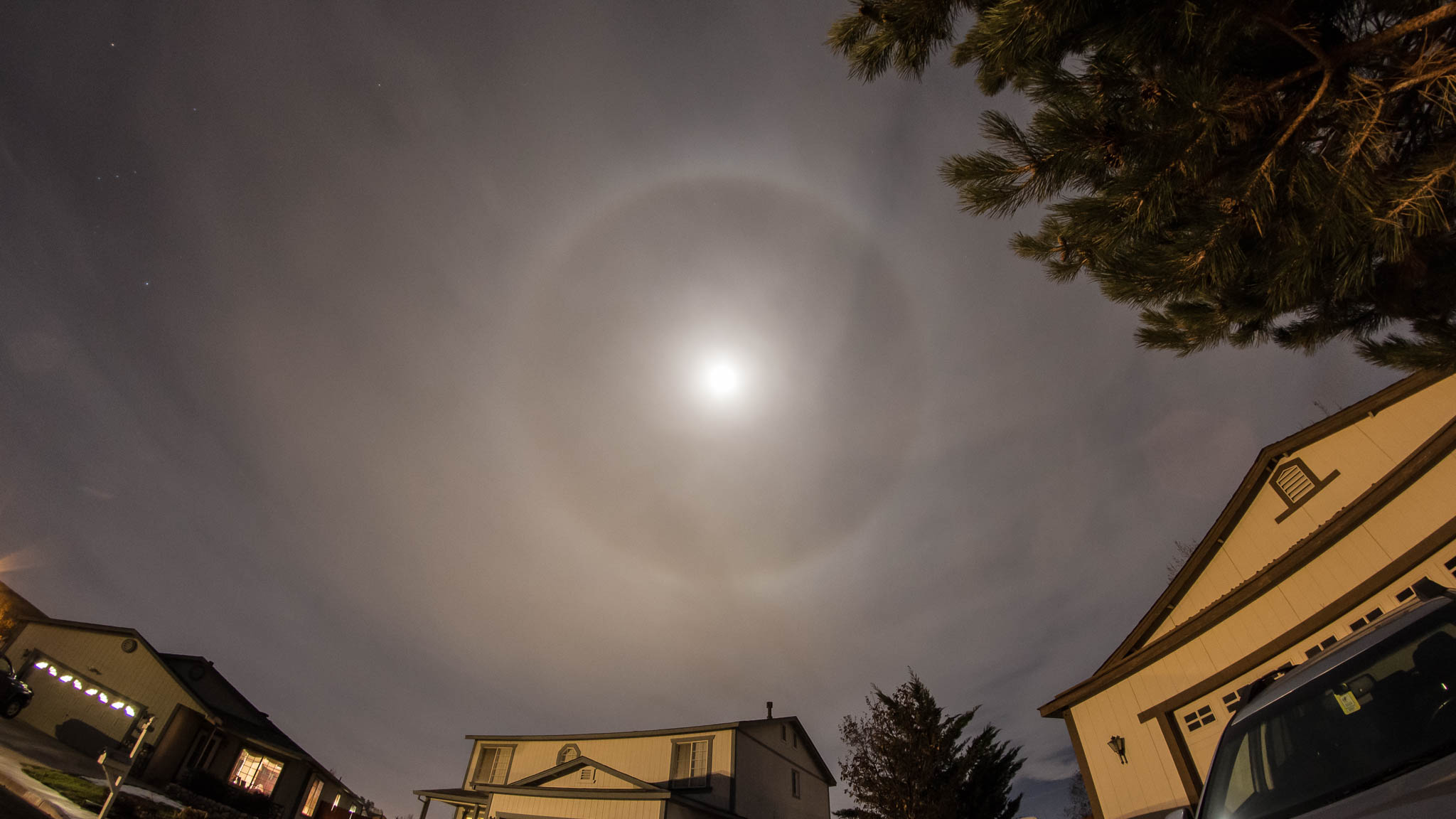 The 22° moon halo is caused by tiny ice crystals in the upper atmosphere refracting the light on its way to our eyeballs (or my camera). There’s a faint glimpse of Orion in the upper left.

Last weekend I went backpacking with family and friends. I wrote up the story and posted pictures over at Exposure.co. Check it out!

Nature’s first green is gold,
Her hardest hue to hold.
Her early leaf’s a flower;
But only so an hour.
Then leaf subsides to leaf.
So Eden sank to grief,
So dawn goes down to day.
Nothing gold can stay.

Two weeks ago I went on our annual desert camping trip (this is my third). We arrived after sundown with a dramatic thunderstorm lighting the skies to the west. As twilight descended on the playa the lightning against the inky black clouds was amazing. Strikes, some seen and some unseen, would light up the mountains and playa for an instant before returning us to darkness. Though distant thunder could be heard and occasionally a brief spattering of raindrops, the storm never approached close enough to threaten us. The ozone and petrichor smells completed the experience, making for an amazing night in the desert. Several of us were up to 3 AM trying to capture lighting with the camera along with stars and the Milky Way.

Most of these shots were handheld and manually triggered, my buddy James tried to set me up with his camera tripod but we couldn’t get his adapter off his camera. Along the way I managed to lose my extra battery, I spent the rest of the weekend wandering the playa trying to find it.

I dig my toes into the sand
The ocean looks like a thousand diamonds
Strewn across a blue blanket
I lean against the wind
Pretend that I am weightless
And in this moment I am happy, happy

I wish you were here